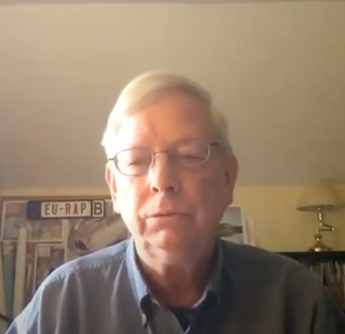 At the July 26 meeting of the Vermont Climate Council, member Richard Cowart raised what he admitted might be “a thorny question.” Thorny or not, it was a very good one. It illustrates very clearly how government interventions in the free market, using carrots and sticks to influence people’s behavior in singular, predetermined ways can lead to disastrous conclusions.

Cowart’s question raised the inconvenient fact that policies encouraging concentrated development in existing town centers (aka, ironically as you will see, “Smart Growth,”) is incompatible with the concept of “resilience,” making sure communities and their infrastructure to better prepared to withstand future climate events like Tropical Storm Irene, because Vermont’s town centers are overwhelmingly located in areas at high risk for flooding.

In Cowart’s words, “Vermont has for many years articulated a Smart Growth, village-centered growth strategy, and that’s frequently mentioned in our work with the Climate Council. But, a lot of Vermont’s villages have historically been developed in river corridors. And, you know, if we concentrate development in those corridors, we’re concentrating it where there is increased risk to flooding. I’m sure you’ve given thought to this. How do you square those two things?”

Cowart’s question was met with uncomfortable giggling and a word cloud of jargon. The two positions really can’t be squared.

So, will state policy be to essentially force citizens into the belly of a – literally – sinking ship via (not so) Smart Growth, or allow those citizens to man the lifeboats and develop housing, businesses, etc. on higher ground. The former is more compatible with the Global Warming Solutions Act’s mandate to lower greenhouse gas emissions, the latter is more humanitarian and commonsensical. Bets on which way they’ll go?

Maybe… just maybe… we don’t want these people making these decisions for us.