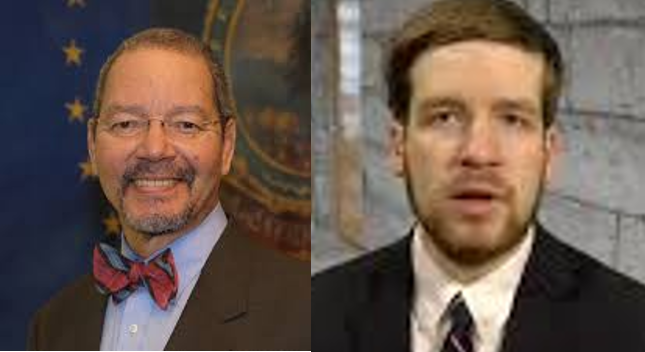 On February 16, Rep. Hal Colston, (D-Winooski) gave the daily devotional on the virtual floor of the Vermont House. Afterward, Rep. Scott Beck (R-St. Johnsbury) took the unusual action of requesting that it be put in the House journal. The devotional is a diatribe of all things Colston considers racist.

Colston declares, “'Dr. Martin Luther King, Jr. once said, 'We are caught in an inescapable network of mutuality, tied in a single garment of destiny. Whatever affects one directly, affects all indirectly.' One way this garment manifests itself for me is through structural racism. Structural racism is the normalization of many dynamics that are historical, cultural, institutional and interpersonal and routinely advantages White people while producing chronic, adverse outcomes for people of color. All of us are wounded by this system. All of us are oppressed by this system. All of us lose part of our humanity because of this system. When our country honestly looks into the mirror, this is beyond reflection.”

Pretty scathing stuff. But if we take Colston at his sincere word, I’d like to ask: how do you know Policy X you are advocating for does not contribute to “structural racism”? If our society is built upon racism, how can you hope to identify the racist parts, separate those parts from the whole of society, and then somehow destroy them through legislation, the modus operandi of many a progressive legislator?

Our government was built upon the Rule of Law, a system of government set up by white, rich men. By even trying to create legislation within this system of “racist” government within a “racist” society, isn’t Colston just giving credibility to a system that has no inherent virtues because it was built upon the backs of slaves? To remain in the system is to admit belief that some of part of the system is worthy of redemption, something moderates, conservatives, and all those believing in gradual improvements, can agree upon.

Senator Randy Brock (R-Franklin) and Rep. Colston are both minorities, and yet they found themselves on opposite sides of the $15 minimum wage issue last year. Should we judge Colston's vote by its effects? Or by his sincerity in believing he is tearing down structural racism, while he is working within the system? $15 advocates after all, love to talk about lifting people out of poverty. But if we create more minority unemployment at the same time, is this not a sign that progressives have failed to identify the “structural racisms” keeping so many minorities at risk of “progressive” policies?

If we start from the premise that the progressive worldview is inherently superior, then we must endorse any policy that they propose, without questioning its effect on minorities. But if we do not concede this “moral superiority, above tradeoffs” they urge us to accept beforehand, we will begin to realize that progressive veneer is just as 'corrupted' by extremely viable alternatives as any other worldview.

Colston concludes with a challenge: “so, when you look into the mirror, do you see an impact or a reflection? Is your life a reflection of the American experience of white supremacy culture, and I am not talking about 'white hoods,' but 'white dominance' of nearly every institution in this country? Or is your life an impact of social and racial equity that must shape our country, our state, our communities to be a 'more perfect union?' Are you making an impact or making a reflection?”

To be internally consistent, Colston must conclude that all white people are mere reflections of society, with no agency to correct their prejudices. Each supposed recognition of ‘a racist thing’ is a funhouse mirror concealing yet more racist things. Impact becomes impossible, because no matter what one does, it never moves the needle to our structurally unjust system, because that system is full of tradeoffs. We are all mere reflections of structural injustices. Minorities as the victims, whites as the victors. Or so it is said.

I would agree with Colston that our society is structurally complex. But that complexity should not encourage to go on thousands of scorched-earth social justice crusades, destroying relationships along the way, whenever we see a societal wrong that cannot assign guilt to individuals. Societal complexity should give us humility in knowing that we cannot not right every wrong through legislation. To try will create more wrongs than with what we started with.

However, if whites and minorities are moral agents, we can use critical thinking to identify tradeoffs and make the few, deliberate choices that are good for us all. And leave the rest of those choices up to fallible people who are not superior or inferior to Colston. To do that, we must reject the progressive worldview.

Colston’s devotional in its entirety.