According to theories surrounding the concept of “systemic racism,” disparate outcomes between 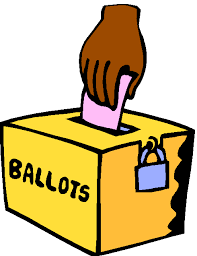 races in any system is all the evidence you need to conclude that systemic racism exists in that system. Hence, our healthcare system is deemed systemically racist because Blacks are disproportionately impacted by Covid-19.

Well, by that standard, S.15, the elections bill under debate in the Vermont House of Representatives as we speak that would make permanent mailing ballots to all registered voters regardless of request, would appear to be injecting a systemically racist policy into Vermont’s voting system.

According to analysis of 2020 Census data by the Wall Street Journal, out of the five states with the worst records on racial participation disparities in voting, two of the four states with multi-election track records of all-mail voting systems are on the list – Colorado #5 (all-mail since 2012) and Oregon #2 (all-mail since 2000). From the Journal, “The states with the biggest black-white voting gaps? Massachusetts, Oregon, Wisconsin, Iowa and Colorado…. Black turnout was highest in Maryland (75.3%) followed by Mississippi (72.8%).” Emphasis added. (WSJ, 5/3/21)

It’s worth noting that Mississippi, with the second highest rate of Black voter turnout in the nation, has the strictest (supposedly the most suppressive) ballot security measures in the country. There, except for officially granted exemptions, voters have to show up to the polls to vote and show ID when they do.

Supporters of S.15 and all-mail voting have been arguing that vote-by-mail is a measure to address “voter suppression” and to make voting more equitable. But evidence shows this not only to be a Big Lie, but exactly the opposite of the truth.