45 Communist Goals from 58 Years Ago 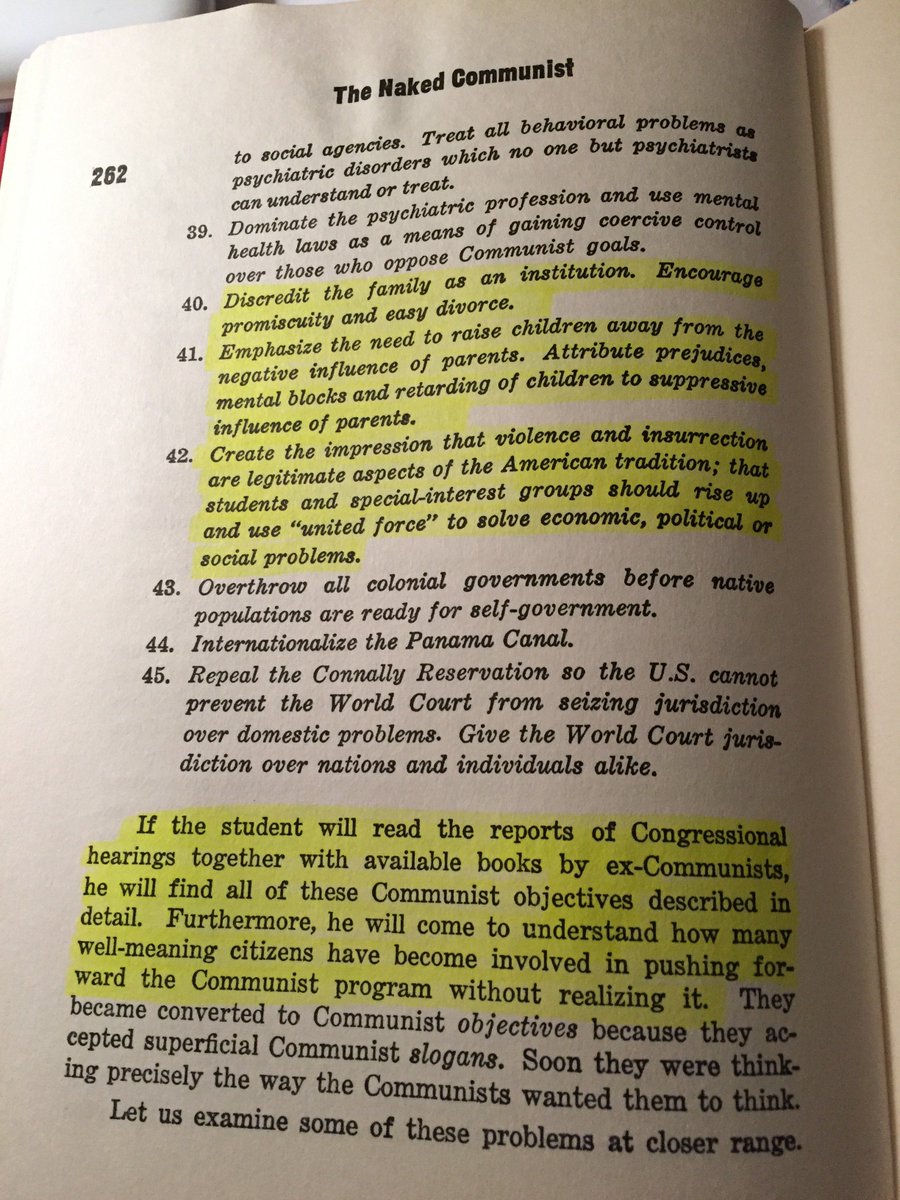 On the founding of our nation’s 245th birthday, it would be nice to set our eyes on the window displaying blue skies. But out on another window displays storm clouds.  Montpelier’s decision to cancel any meaningful Fourth-of-July recognition along with our schools and our very own government promoting Critical Race Theory (CRT) and Black Lives Matter (BLM) tells us all we need to know about these ominous clouds. Both these movements are Marxist in origin.  With CRT being a derivative of the German Marxist Frankfurt School and member Max Horkheimer’s 1937 essay titled ‘Traditional and Critical Theory’ and one BLM founder on record stating that they are trained Marxists.

Communism’s 45 goals were read into the Congressional Record by Congressman Albert S. Herlong Jr., (D-Florida), in 1963. These goals were gleaned from the testimony given to Congress by scholars and from the writings of current or former Communists.

Socialism is seen as the bridge between Capitalism and Communism. The major difference between Socialism and Communism is in the method of takeover.  Socialism (and Progressivism) believes that it can centralize all control of the individual, land and industry by peaceful, but gradual, legislation; whereas Communism seeks a violent and final confrontation to eliminate all dissension to achieve its Utopian goal of a Stateless and Classless society.

But make no mistake; what is the same in all three ideologies is the desire to seize monolithic control of society. Mussolini termed this the Totalitarian Society: “Everything in the State, nothing outside the State, nothing against the State.”

In order to get a better understanding of our storm clouds, let’s exam a few of the 45 Communist, and by extension Socialist and Progressive, goals that have been read into our Congressional Record:

The Ethan Allen Institute’s John McClaughry and Rob Roper recently wrote of the means employed by the State of Vermont to achieve these socialist ends.

Woodrow Wilson, the only President ever to possess a PhD, wrote of “separating politics from administration.” Wilson saw politics as dirty and corrupting and saw administration as pure and scientific.  “Administration” and more specifically, centralized bureaucratic boards and agencies operating outside the purview of the legislative body, is clearly Vermont’s means to its socialist ends.

To wit, Mr. McClaughry writes of the Vermont Council on Rural Development’s recently released “The Vermont Proposition” as follows: “Finally, the vision exhibits a glaring disparity between its enthusiasm for “democracy”, and its even greater enthusiasm for creating utterly undemocratic regional administrative bodies directed by an all-powerful State Planning Office that “would be responsible for the statewide community and economic development and land use plans on a five year cycle.” Presumably you could still vote for governor, but that scheme looks to me more like replacing local democracy with a hugely expanded and unaccountable administrative state.”

Mr. Roper writes of the recently passed Vermont legislation calling for a major expansion of state-subsidized childcare from birth to five-year-olds titled ‘Let’s Grow Kids’. In a nutshell, it seeks to replace parenting with unionized daycare directed by an enlarged centralized state bureaucracy.

Finally, the recently passed Global Warming Solutions Act sets up an unelected and unaccountable Vermont Climate Council to produce edicts which do not have to be voted on by Vermont’s legislators.

Think of a construction scaffold covering a large building, that building representing our democracy or specifically our Constitutional Republic. What they are doing behind that covered scaffold is constructing a “new” regime. That regime allied far more closely with the 45 Communist goals than with the goals outlined in our Declaration of Independence some 245 years ago. God Bless the United States of America… as founded.