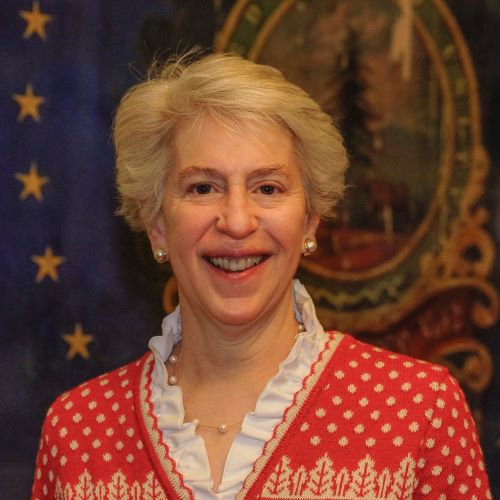 Override Gov Veto of Global Warming Solutions Act (H.688). Passed 22-8 on September 22, 2020. Creates a Climate Council made up of 22 state government officials and citizen experts to adopt a “Vermont Climate Action Plan.” The GWSA guides the Agency of Natural Resources in creating new rules for achieving carbon emission targets, beginning with 26% below 2005 levels by 2025. Any citizen/group can issue a warning to the state in court for not adopting rules quickly enough. They receive attorney’s fees if they win. Watch the floor debate on Youtube HERE.

Act 250 Forest Development Restrictions (H.926, Sections 8 thru 11). Passed 24-6 on September 16, 2020. In rural areas where animals cross from one “forest block” to another, development will be constricted. The range of Act 250 regulatory interest now extends to the potential development’s surrounding “ecosystem,” a broad term which will be defined further by Vermont’s Agency of Natural Resources. An Act 250 development “permit shall be granted only if impacts to forest blocks and connecting habitat are avoided, minimized, and mitigated.” Thus, an Act 250 permit will require more lawyers to underwrite the regulatory paperwork and more time to acquire. Watch the floor debate on YouTube HERE.

Mandatory Paid Family Leave/Payroll Tax (H.107). Passed 20-9 on January 17, 2020. Establish a government-mandated insurance program, funded by a new employee payroll tax of 0.2% on income up to $137,000 (every $50,000 is taxed $100). While all Vermont employees would have their wages taxed, only employees who work at least 675 hours annually would be eligible to receive 12 weeks of paid leave for the birth of a child, or 8 weeks for family care. Eligible employees can elect to pay an additional 0.38% of their wages to obtain personal medical leave of up to 6 weeks. If the volume of people claiming the benefit exceeds the revenue raised at this tax rate, the tax rate will automatically increase to meet demand.

Revised Global Warming Solutions Act (H.688). Passed 23-5 on June 26, 2020. Creates a Climate Council made up of 22 state government officials and citizen experts to adopt a “Vermont Climate Action Plan.” The GWSA guides the Agency of Natural Resources in creating new rules for achieving carbon emission targets, beginning with 26% below 2005 levels by 2025. Any citizen/group can issue a warning to the state in court for not adopting rules quickly enough. They receive attorney’s fees if they win. The Senate removes the House’s $900,000 appropriation to the Climate Council.

Remove Governor from “All-Mail Election” Decision (S.348). Passed 21-7 on June 2, 2020. S.348 would remove the Governor’s right to approve emergency elections changes in consultation with the Secretary of State for the 2020 election made necessary by the COVID-19 pandemic. The proposal in question would involve mailing as many as 500,000 “live” absentee ballots to every registered, currently uncontested voter in the state of Vermont regardless of the voter requesting a ballot.

Prohibit “Ballot Harvesting” (S.348, Benning Amendment). Failed 5-24 on June 3, 2020. S.348 would remove the Governor’s right to approve emergency elections changes in consultation with the Secretary of State for the 2020 election made necessary by the COVID-19 pandemic. The proposal in question would involve mailing as many as 500,000 “live” absentee ballots to every registered, currently uncontested voter in the state of Vermont regardless of the voter requesting a ballot.

Expand Scope of Energy Tax and Subsidize Program (S.337). Passed 28-2 on May 19, 2020. The bill would give electric utilities like Efficiency Vermont the option to spend up to $2 million of their ratepayer-generated funds on transportation (electric cars) and heating efficiency projects, in addition to their electricity efficiency projects. This program would be allowed for limited time frame of 3 years.

Expand the “Pay to Move” Program (S.162). Passed 27-2 on April 12, 2019. This would expand a current worker relocation program which reimburses the moving expenses ($10,000 total maximum) for out-of-state workers who move to Vermont and telecommute to jobs out-of-state. It would now include workers who take a full-time job with a Vermont based employer. The maximum reimbursement to this new category of beneficiary would be $7500.

Ban Plastic Bags, Styrofoam Food Containers, Straws, Etc. (S.113). Passed 30-0 on April 3, 2019. This would prohibit stores and restaurants from providing single-use plastic bags to customers. It would require that retailers charge at least 10¢ for single-use paper bags. “Polystyrene foam” coffee cups, plastic straws (unless requested), and food containers would be forbidden. Finally, it would create a “Single-Use Products Working Group” to study the effectiveness of these policies and make recommendations for future regulation.

Require Registration/Certification for Housing Contractors (S.163). Passed 19-11 on April 3, 2019. It would require residential contractors to register with the state and purchase insurance, while encouraging contractors to become state-certified, on a voluntary basis. It would also further regulate maintenance standards for rental housing.

Block Insurance Innovation Economic Development Program (S.131, Baruth Amendment). Failed 7-22 on April 3, 2019. In order to spur economic growth and innovation in the insurance market, Section 1 of S.131 would create an “insurance sandbox” through which Vermont insurance providers (not including health insurance) can petition the commissioner for the freedom to sell a new insurance product to up to 10,000 consumers, exempt from some regulations, for a maximum of two years. The Baruth Amendment sought to remove that section of the bill, thus eliminating the innovation incentive.

Elevate the murder a firefighter or emergency medical provider to “aggravated murder” (H.321). Passed 20-8 on April 18, 2019. In current law, the killing of a correctional officer or law enforcement officer while the victim was performing his or her official duties is classified as “aggravated murder” (first or second degree murder). This bill would elevate the murder of firefighters and emergency medical providers that level as well.

$33.4 Million Property Tax Increase (H.911). Passed 26-3 on May 4, 2018. The bill increases property taxes 5% for residential homes and 7% for non-residential property. On the other hand, it lowers income rates (lower-income tax brackets by 0.2% and the higher income-tax brackets by 0.1%) to compensate for an unintended $30 million increase resulting from changes in federal tax law. The bill also ends the tax on social security for Vermonters with incomes less than $55,000, allows for a 5 percent tax credit for charitable donations and removes a $10,000 cap on deductions for charitable donations. Those voting YES support this tax package. Those voting NO do not support this tax package. Corrected 11/2/18: The original post indicated that the property tax increases for residential and non-residential properties were 5% and 7% respectively. This should have read 5¢ (3.2%) and 7¢ (4.4%). Apologies for any confusion.

$15 Minimum Wage (S.40). Passed 20-10 on February 15, 2018. S.40 would increase Vermont’s minimum wage at least $0.60 every January 1st, reaching $15 an hour by 2024. Those voting YES believe this will benefit low income workers and help to close the “income inequality” gap. Those voting NO believe that such a large and rapid increase in the cost of labor will harm Vermont businesses, the overall economy, as well as the workers the bill was meant to help due to cutbacks in hours, lost benefits, and/or lost jobs as employers struggle to maintain budgets. Additionally, a majority of Vermonters living in low income households, especially poor senior citizens, do not report wage income. While their incomes would be unaffected by the minimum wage increase, their cost of living would rise due to higher prices for goods and services due to the artificial wage increase being passed along to consumers.

Gun Control Measures (S.55). Passed 17-13 on March 30, 2018. S.55 raises the age for long gun purchases to 21, mandates background checks for nearly all private firearm sales, bans magazines holding more than fifteen rounds, and bans bump stocks. Those voting YES believe these measures will result in safer communities by reducing gun violence. Those voting NO believe that these measures will have no measurable impact on safety or violence, create undo burdens on law abiding gun owners, are largely unenforceable, and pose constitutional issues at both the state and federal levels.

Raise Age to Purchase All Firearms to 21 (S.55, Ashe Amendment). Passed 21-9 on March 2, 2018. This S.55 Amendment makes it a crime to selling firearms to Vermonters under 21. Those voting YES are in favor of raising the age to purchase a firearm to 21. Those voting NO sought to keep the age requirement at 18, which is the age one can use a gun in the military.

Increasing Chemical Regulations (S.103). Passed 22-8 on April 19, 2018. S.103 would grant the commissioner of health more authority to regulate toxic chemicals in children’s products. Those voting YES believe S.103 would help Vermont children avoid exposure to toxic chemicals in children’s products, thus improving children’s health outcomes. Those voting NO believe we should wait and see how our newly phased-in regulations will work, before burdening our bureaucracy and businesses with more invasive regulations.

Net Neutrality for Vermont  (S.289). Passed 23-5 on February 2, 2018. S.289 attempts to maintain at the state level the federal “net neutrality” regulations for Internet Service Providers passed by the FCC in 2015 and repealed in 2018. Those voting YES are in favor of a larger role for government in regulating the internet. Those voting NO were concerned about costly lawsuits to the state and lost internet coverage.

$5.83 Billion FY18 Budget/$8 Million Property Tax Increase (H.518). Passed 30-0 on April 26, 2017. The “Big Bill” sets the total state budget, including federally funded projects, at $5.83, which represents a spending increase of 1.3 percent over the current year. The state funded portion of total spending is set at $2.48 billion, an increase of 0.7 percent. This Senate version of the budget transferred an $8 million obligation to teacher retirement into the state Education Fund, which would require a 0.8 cent increase in the non-residential property tax rate.

Create Statewide Teachers’ Healthcare Contract/$26 Million in Property Tax Savings (H.518). Passed 22-6 on May 3, 2017. This is a tricky roll call to analyze. At face value, the bill sets state budget for FY18. However, the vote became a symbolic referendum on Governor Phil Scott’s proposal to save a potential $26 million in property taxes by restructuring how teachers negotiate and receive health insurance benefits. Those voting YES supported the budget, which was met with no new taxes or fees, opposed the Governors proposal property tax savings, or both. Those voting NO supported the Governor’s proposal and thought it should have been adopted as part of the overall budgeting process.

Legalize Growing/Possessing Marijuana, Sets Stage for Retail Sales/Taxation (S.22). Passed 22-9 on May 5, 2017. S.22 was originally a fentanyl regulation bill repurposed to be a vehicle for passage of marijuana legalization. It would remove all criminal penalties for adults 21 or older who possess up to an ounce of marijuana, and allow growing up to two mature and two immature marijuana plants per household, and would go into effect in 2018. The bill also sets up a commission that will create a framework for taxing and regulating retail sales of marijuana. Those voting YES support legalization of marijuana; those voting NO oppose it.