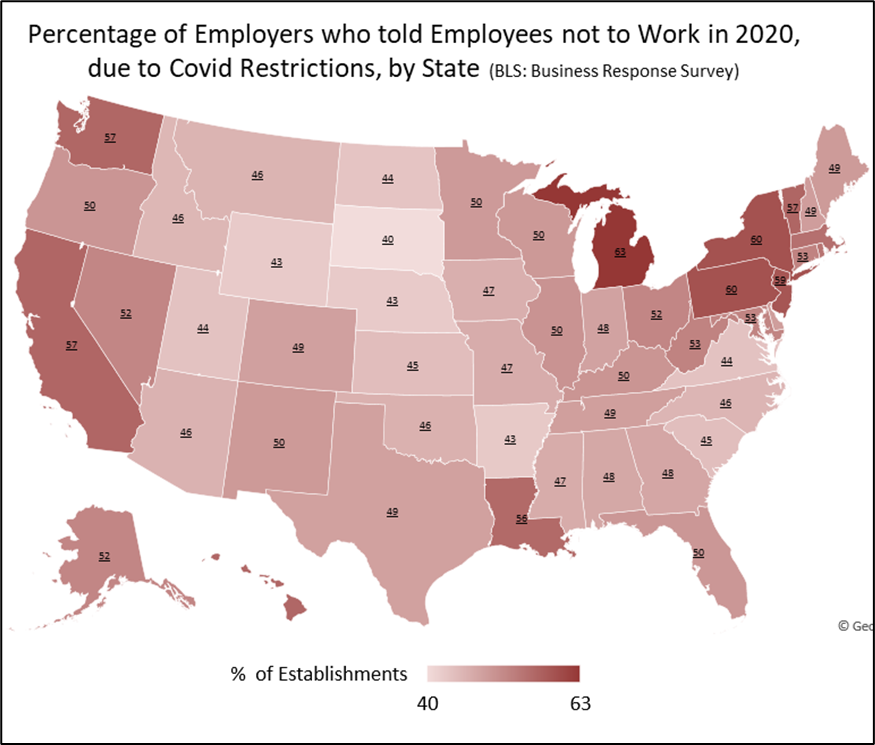 This metric sits between the “Forced Business Closure” metric and the Unemployment metric. Curiously enough, Vermont is tied with Nebraska for lowest unemployment rate in the nation at 3.1%. But keep in mind that Vermont has also received some of the most money per capita of any state in the country. If the government money dries up, only businesses that are able to produce items that consumers want to buy will prosper. Also keep in mind that Vermont has one of the oldest populations in the country, meaning that superb unemployment rate doesn’t account for all of the people who are retired. Thus, an ever shrinking number of workers must support an ever increasing number of retired folks if they weren't able to save fore retirement.